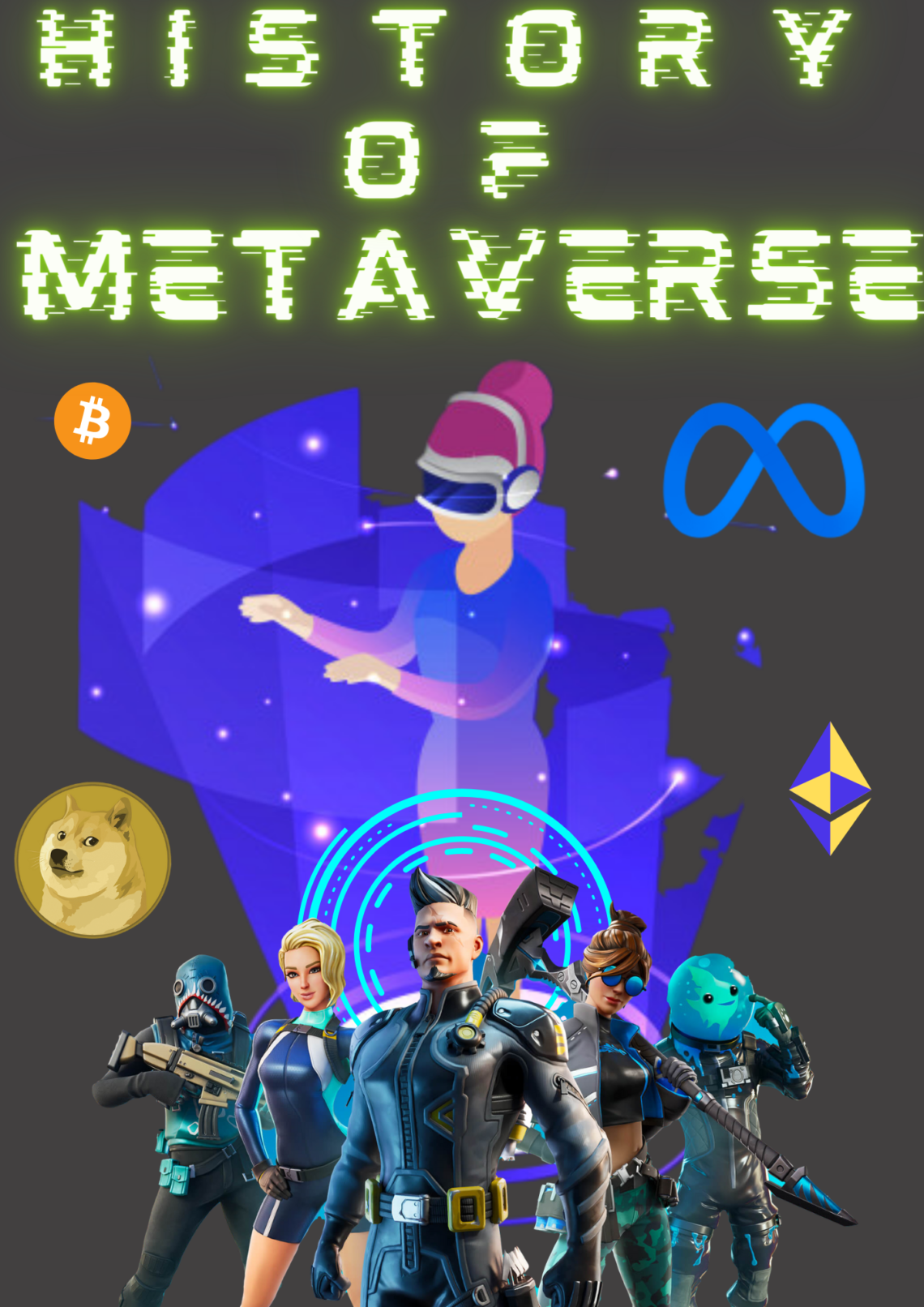 Metaverse! yes we know the word has been buzzing in all nooks and crannies of the Internet. While the masses consider it to be the latest trend and treat it as some kind of dystopian technology, it is infact slowly been creeping up all this while now, and is ready to take the tech world by storm.

Before we try to make sense of what’s gonna happen in future, let’s deep dive into some important events which played an important role in shaping up this “blend of real and virtual world” or Metaverse as we call it now.

Ladies and gentlemen, I would request you to put on your seatbelts as we are about to embark on a journey that would introduce you to various elements that helped shaped Metaverse.

Back in 1970s when Steve Mann, a Canadian engineer & professor, introduced the world to “Digital Eye Glass” , initially as a vision aid to help people see better. The technology later laid foundation for Virtual Fixtures which was developed by Louis Rosenberg in 1992 at the USAF Armstrong Labs. Virtual Fixtures were the earliest functional AR systems that provided immersive mixed reality experiences.

So Hiro’s not actually here at all. He’s in a computer-generated universe that his computer is drawing onto his goggles and pumping into his earphones. In the lingo, this imaginary place is known as the Metaverse.

Imaginary Place ! Yes, this is how the word Metaverse was first described by science fiction author Neal Stephson in his book Snow crash which was released in June 1992. Almost an year after August 6, 1991, when without fanfare, British computer scientist Tim Berners-Lee published the first-ever website while working at CERN.

Something which was imagined over 30 yrs ago! It’s extraordinary to think how accurately the vision of Metaverse is getting aligned with the way it was presented in the book i.e computer-generated universe that computer is drawing onto goggles and pumping in earphones.

Birth of Internet allowed online gaming to take shape in its most primitive form. Major gaming companies like Sega & Atari were rushing to inculcate internet with gaming, which saw the proliferation of role-playing games (RPGs) and If there’s one thing that makes Metaverse easily understandable by a wider audience and gives it authenticity are these RPGs.

Today cryptocurrencies have become a rage around the world, but it was back in 1998 when the first seed of the distributed electronic cash system was sown. Computer scientist Wei Dai undertook the task of providing same services which various crypto currencies do today as well. Though B-Money never saw the light of the day and only existed as a proposal, however it is said that this proposal was indeed behind the inception of an idea called Bitcoin.

The term Proof Of Work (POW) was coined by Markus Jakobsson and Ari Juels in their paper “Proofs of Work and Bread Pudding Protocols” which was released back in 1999. Though the concept was invented by Cynthia Dwork and Moni Naor in 1993 as a way to deter denial-of-service attacks.

What started as a way to prevent service abuses such as spam on a network, has now become pivotal to the way transactions are legitimized on a Blockchain.

Early 2000s saw rapid growth in internet adoption all over the world, which further bought huge influx of people looking to explore the online world . During that time Philip Rosedale, an entrepreneur from San Diego california, started working on “Second Life” which probably was going to become the closest thing ever created that allowed people to experience virtual world.

It would be difficult to call Second Life a game, since it doesn’t have winners or loosers but rather offers a platform to experience virtual world. On the other hand in mid 2000s or 2006 to be precise we got introduced to Roblox which indeed was a game and not only had winners and loosers but it allowed users to sit on the creator’s chair and program games which other users could play. Roblox saw meteoric rise during 2020, as it became a major source of interactive enertainment during covid lockdown.

Satoshi Nakamoto, is he a person ? or a group of people ? is still a mystery but what is not a mystery is his invention Bitcoin. Bitcoin or the technology it is based upon Blockchain is touted as one of the most important inventions since Internet. In his whitepaper (published in 2008), Satoshi Nakamoto intended to resolve one of the core problems that we face with fiat currency (government-issued currency that is not backed by a commodity such as gold) which is a central authority regaulating the currency, which could lead to corruption.

Bitcoin, helped in remediating this issue by not only being the new age digital currency but also decentralising the authority and handing the control back to the peers on the blockchain. This revolutionized the way we execute transactions and opened so many doors of opportunity for the developers.

What started as coloured coin project has now become a mammoth asset class. Yes ! NFTs or Non Fungible (read replaceable/interchangeble) Token were first conceived as colored coins which got issued on Blockchain in 2012-2013. The idea behind these coins was to mimic real world assets like coupons, shares, digital collectibels and digital art. What drives the value for these NFTs is, that now we have a definite way to identify and authenticate a piece of art without relying on foresencics, as each and every transaction is stored on a blockhain.

Thanks to 2020 pandemic restrictions, people started spending a lot more time over the internet which played a huge role in explosion of NFTs into mainstream, as the in-person spending opportunities were limited.

Back in 2010, a 17 year old Vitalik Buterin realised the horrors of centralised services, when game maker Blizzard nerfed his beloved World of Warcraft character. It didn’t take him long enough to quit the game and venture out to figure a solution for the regulated establishment. His curiousity led him to Bitcoin, which became a model for the development of his own crypto project Ethereum.

While Bitcoin was first generation crypto project with fundamental features, Ethreum was gen 2 crypto with more advancements, it not only intended to decentralised banks but also Apps and services there by potentially decentralising internet itself.

To understand DAO or Decentralized Autonomous Organization let’s venture into the past again in 1962 Moscow, Russia, where Alexander Kharkevich director of the Institute for Information Transmission Problems, published an article in the journal “Communist” about a computer network for processing information and control of the economy in which he proposed to make a network like the modern Internet for the needs of algorithmic governance. This idea travelled decades and in 2013 algorithmic regulation was coined by Tim O’Reilly.

DAO embraces the idea of Algorithimic Regulation, where rules of a organization are encoded as computer program which is controlled by organziation members and are maintaned on a blockchain, an example of it could be a group of people trying to achieve a goal/own something using shared funds consider a subreddit of HipHopHeads starting their own record label using a shared bank account and each member would then be able to own a part of the record.

When Bitcoin made us reasses our definition of currency it gave us a sneak peak of the world running on DApps. DApps or Decentralized Applications (Apps) is an open source application that operates autonomously on a decentralized blockchain & can only be built on Smart contract networks. All the DApps work on a specific platform which is compatible with its unique code and not on standard web browsers. The first DApp on Ethereum to gain mass user attention was a collectibles game known as CryptoKitties, which literally crashed the Ethereum network at the height of its popularity.

Throughout our journey we discussed about various technologies and how they came into existence. Culmination of all these different technologies, working together to produce a virtual reality world is what we call Metaverse. The last decade ( 2010 -2020 ) has been a huge building block interms of its development, where slowly and steadily different aspects of Metaverse were concieved and we can’t be more existed of what’s next is store for us as we haven’t really scratched the surface and are still oblivious of its true potential.

Though it could take years before Metaverse become mainstream as it requires ultra fast internet speeds, portable virtual reality headsets and virtual worlds persistently running live 24×7. However start of this decade already saw companies like Facebook and Microsoft rushing to dominate this space which could catapult its expansion 10x. 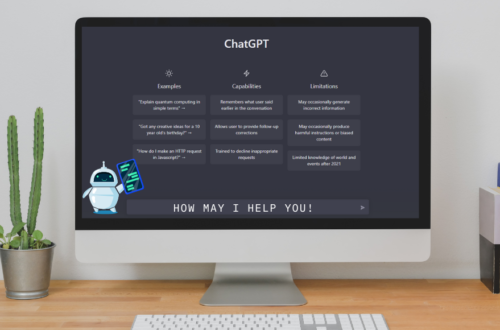 How ChatGPT would revolutionize the way we interact with technology 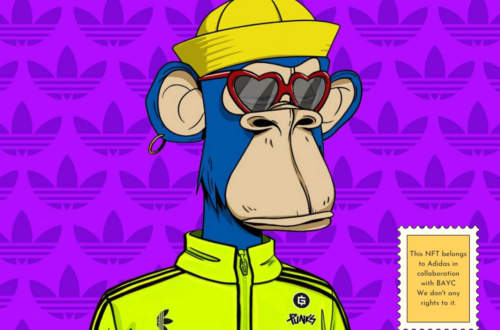 4 Types Of NFTs That Will Revolutionize Entertainment Industry